The Potential Market of Self-Injectable Contraceptive Users is an Excel-based tool developed by Track20 to estimate the number of potential self-injectable contraceptive users annually through 2030.

The model's goals are as follows: 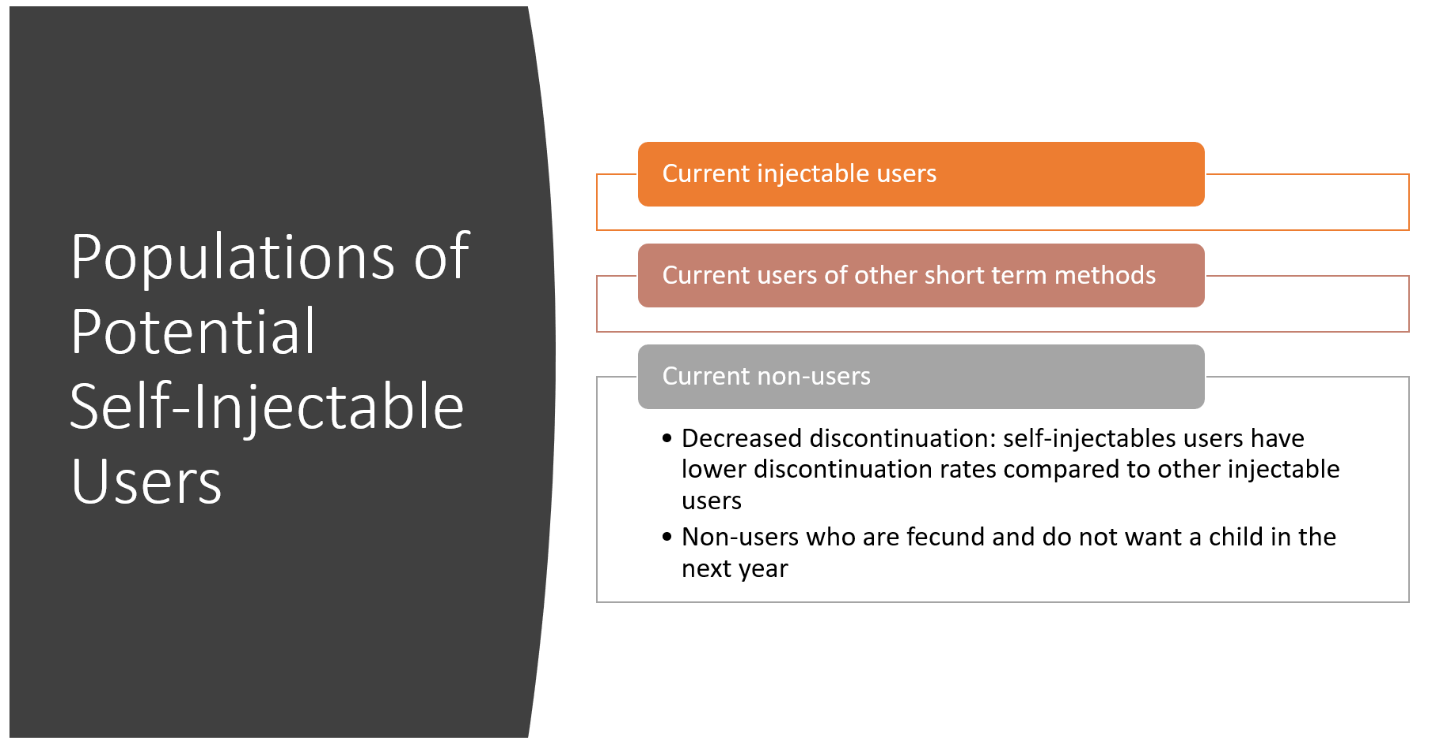 The model allows variations on three key parameters that will impact projections:

The model has pre-loaded default data for these three parameters, and users are encouraged to change the parameters to see the impact on self-injectable contraceptive use.

These scenarios allow the model to consider factors related to policy, capacity, and current injectable contraceptive use to adjust and ground projections.

The "Interactives" tab allows users to change parameters and see results, either for all FP2020 countries or for individual FP2020 countries selected by the user. The user can change the default parameters presented in the green box. Notes on default data can be found on the “Assumptions” tab. Finally, there is a country-specific table and graphic showing the number of self-injectable users under the three scenarios in an individual FP2020 country chosen by the user.